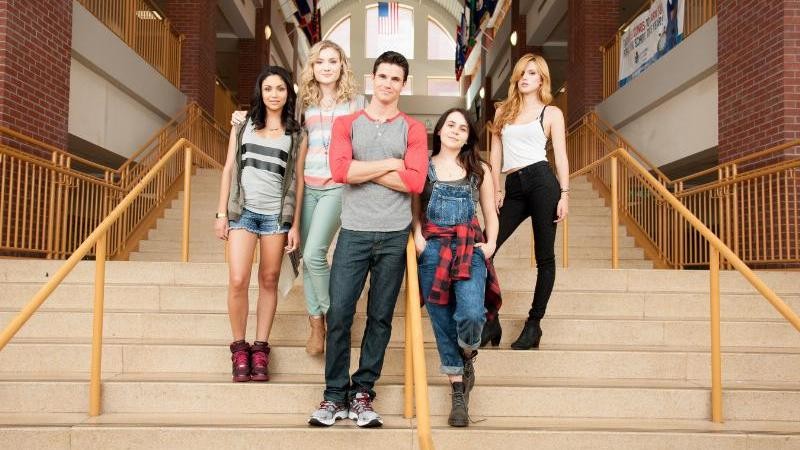 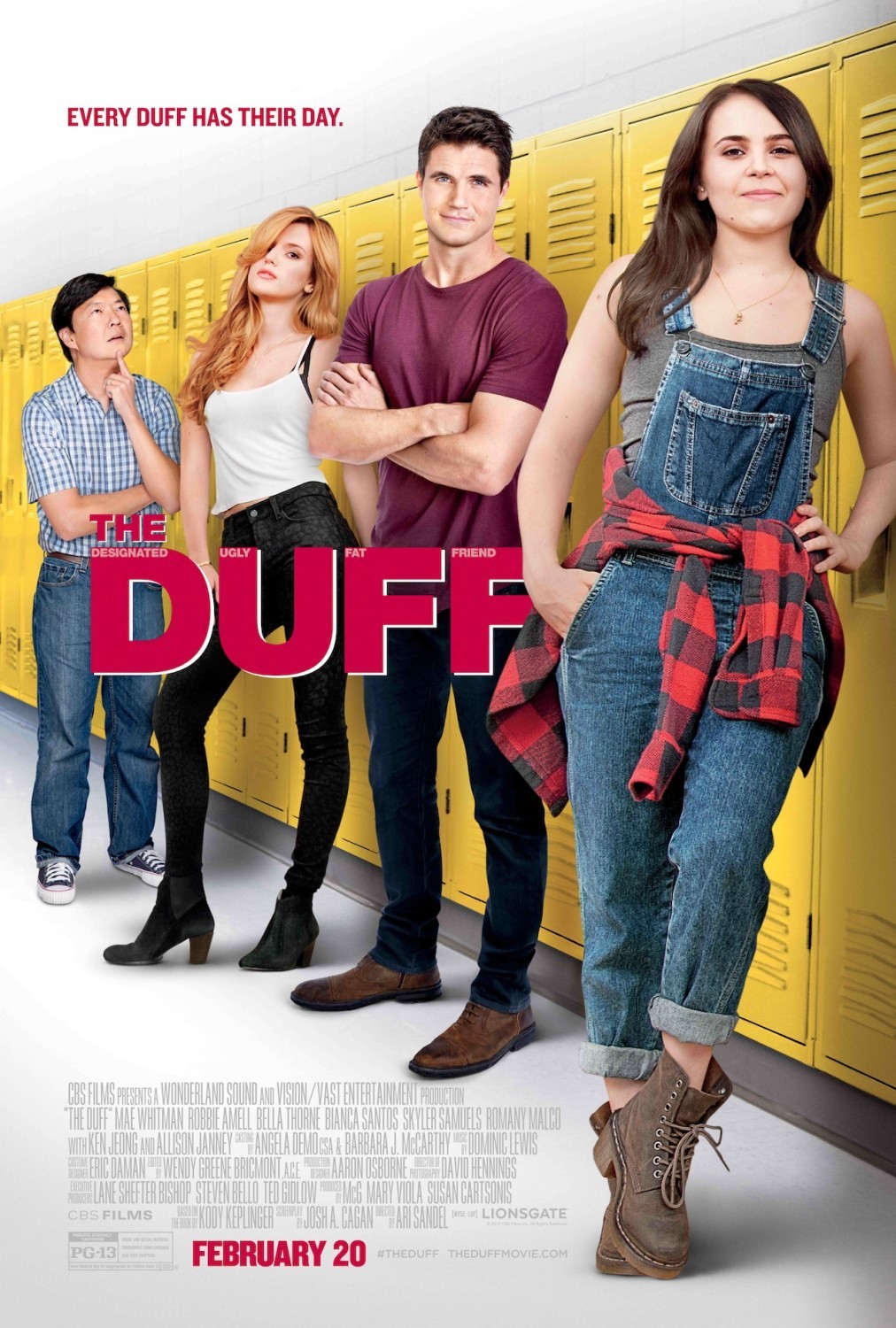 REVIEW: It takes a certain knack to make a great teenage coming-of-age movie, and "The DUFF" gets it right. It's smart, funny, doesn't talk down to the audience, and is cute as all get out. Most of that can be attributed to the adorable Mae Whitman, who plays Amber on the NBC TV show "Parenthood," but has done scores of other roles, including voicing Tinker Bell in several Disney movies and April O'Neil in Nickelodeon's animated "Teenage Mutant Ninja Turtles." She's so adorable it makes my heart hurt. In a good way.

The 26-year-old Whitman (who can easily play a teenager) switches from funny to
heartbroken in a moment's notice and makes us believe both emotions are the
real deal. In "The DUFF," she plays Bianca, a cult-movie-classic-book-loving
teenager who's just realized that she's "The DUFF," a.k.a. the Designated Ugly Fat
Friend" of her prettier, more popular best friends, played by Bianca A. Santos and
Skyler Samuels.

Her lifelong friend and next door neighbor, Wesley (Robbie Amell, who resembles
a young Tom Cruise), is the one who clued her into this unfortunate moniker. He's
also a handsome football star at the school. At first she's hurt, as any sane
teenage girl would be, but then uses the title to her advantage. Determined to
win the heart of her crush, Toby (Nick Eversman, who resembles a young Heath
Ledger), Bianca makes a deal with Wesley. She'll tutor him through science class if
he'll mentor her in the fine art of flirting.

"The DUFF," based on the book by Kody Keplinger, is everything I love about
coming-of-age teen movies. It's smart, sassy, well acted, well written, and doesn't
talk down to the audience by giving in to stereotypes you often find in other teen
movies. The football player here is kind and caring. The popular girls are writers
and hackers. And Bianca's crush is a sensitive guitar player. Only Madison (Bella
Thorn) is a consistently "mean girl," but the others all have their insecurity issues.
How can Mae Whitman possibly play a designated ugly fat friend, you might ask.
The movie quickly points out that the DUFF need not actually be fat or ugly – just
more approachable and less intimidating than the others.

But the best part of this movie is the message: don't let others define who you
are. Find your confidence, figure out who you are, and own your weirdness.
Bianca gives a great speech about accepting yourself for who you are and not
letting others put labels on you, because it just rips the joy out of life for all
involved.

There are a few John Hughes references here, notably to "The Breakfast Club" and
"Pretty in Pink," which I'm totally cool with, but I love that it integrates social
media into the storyline, along with a reminder that if you do anything remotely
embarrassing, rest assured that someone will be filming you from behind a tree.

The modern soundtrack includes tunes by Nick Jonas, Fall Out Boy, The Vamps, Kari Kimmel, Jessie J and others.

I rarely leave the theater smiling these days, but I smiled my head off with "The DUFF," and immediately told all my friends to go see it. I bet it'll make you smile, too.

Sex/Nudity: Teen couples kiss, make out, and make references to having sex (though there's no nudity). Teen boys are seen in the locker room half-naked.

Violence/Gore: A few shouting matches, and some cyber-bullying. A teenage girl makes a video of a classmate and makes it go viral just to hurt her.

Drugs/Alcohol: Teens drink something -- presumably alcoholic -- out of Solo cups at a party. A scorned wife drinks wine while riding a lawnmower over the clothes of her ex-husband.

Which Kids Will Like It? Kids aged 13 and older who like funny, coming-of-age movies, or are fans of Mae Whitman, Bella Thorne or the other young actors.

Will Grownups Like It? "The DUFF" is sweet, funny and poignant, and Mae Whitman is adorable.
Back To Top