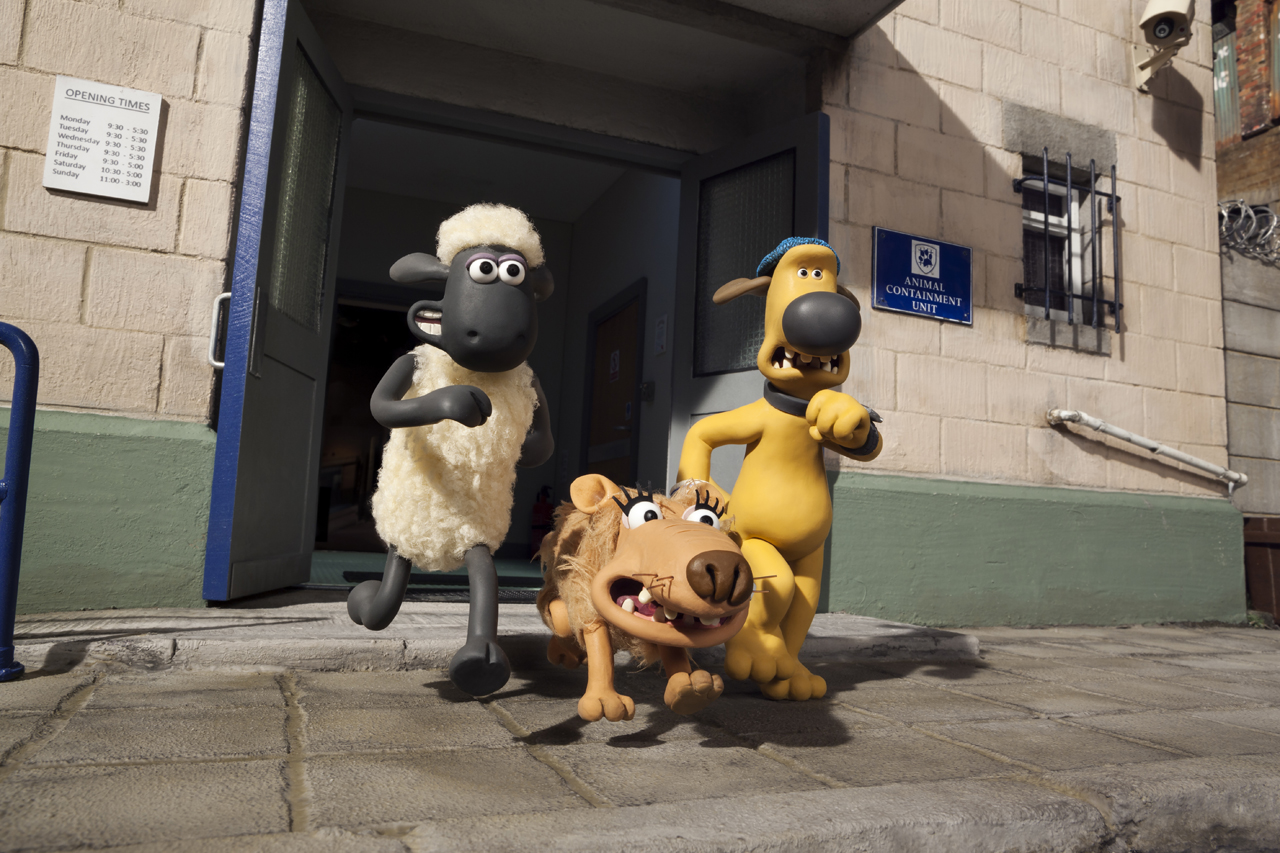 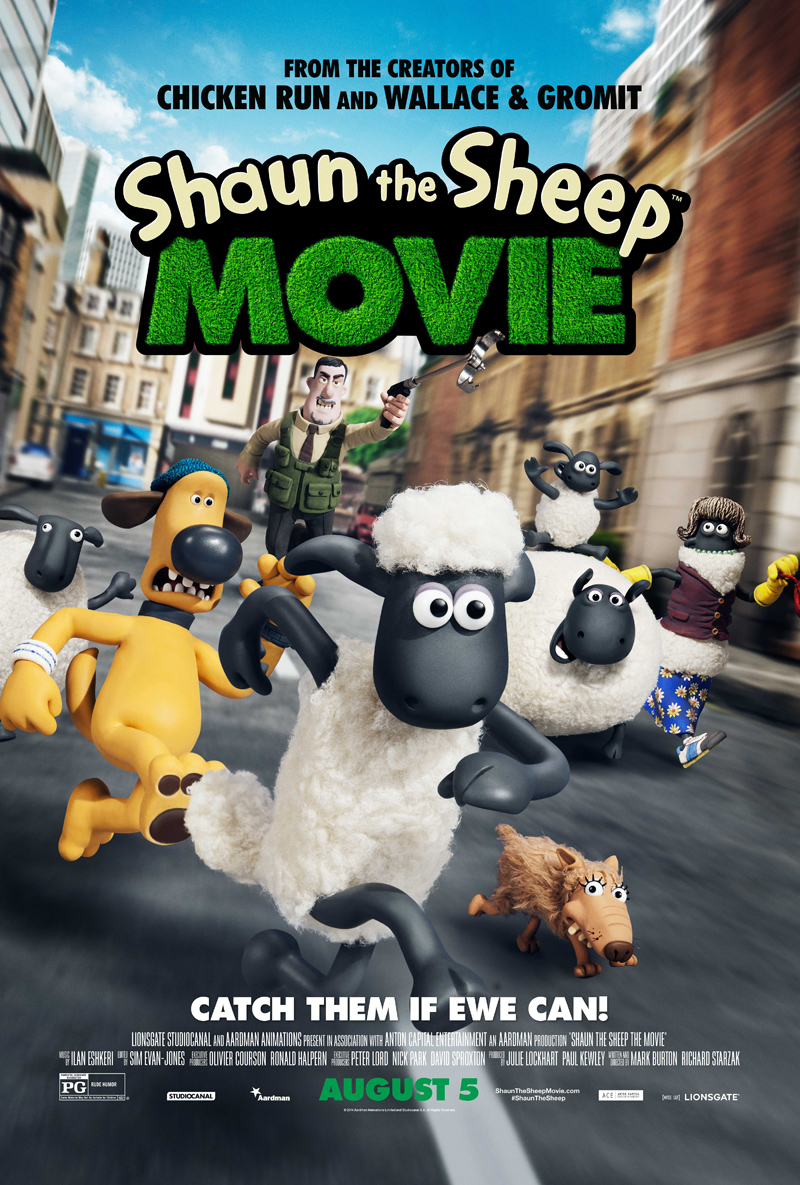 SYNOPSIS: When Shaun the Sheep decides to take the day off and have some fun, he gets more action than he bargained for. A mix up with the Farmer, a caravan, and a very steep hill lead Shaun and his farmyard pals to the Big City, where they must return everyone safely to the barnyard.

REVIEW: The first thing you need to know about "Shaun the Sheep" is that there's no dialogue. Well, there's some dialogue, but nothing I could understand. But that only adds to the charm of this cute family film from Aardman Animations, the same company behind "Wallace & Gromit" (there's also a "Shaun the Sheep" TV series on the Disney Channel).

In the "Shaun the Sheep" movie, we find a Farmer (voiced by John Sparkes) who runs his Mossy Bottom Farm on a very predictable schedule, thanks to help from his trusted sheepdog Bitzer (also voiced by Sparkes) and a herd of sheep he's had
since they were baby lambs.

When one of those sheep, Shaun (Justin Fletcher), gets bored, he takes the advice
of a bus billboard promoting "A Day Off" and plans an elaborate scheme to make
the Farmer sleepy, put him in the farm trailer, and have a day off.

But things take an unexpected turn when the trailer rolls away and the Farmer
ends up in the Big City with memory loss and finds work as a rock-star hair stylist.
So the sheep head to the city to help the Farmer, but end up being pursued by an
evil animal control officer.

"Shaun the Sheep" is cute, fun, adorable and entertaining, and features
Aardman's signature wit and style. It also includes jokes for all ages, so it's the
perfect family film for parents to see with their kids.

And at just 85 minutes, the action moves along pretty fast, making this movie a
winner for both kids and grownups.

THE DETAILS (May Contain Spoilers):
Sex/Nudity: Two sheep pose as a woman, and a man flirts with "her." Romantic
music plays as Bitzer salivates over some bones. A man is photographed nude, but
everything is covered.
Violence/Gore: The animal control officer is frightening as he grabs animals and
puts them in cages. He also uses a device to collar the animals and seems
determined to hurt them, including nearly pushing them over a quarry. A surgery
scene includes a scalpel about to cut into skin.
Profanity: No language, but plenty of potty humor (poop jokes, farts, burps).
Drugs/Alcohol: None.
Which Kids Will Like It? Kids aged 5 and older who like the "Shaun the Sheep" TV
show or cute animated stories about animals.
Will Grownups Like It? "Shaun the Sheep" is adorable, and grownups can rest easy knowing there's nothing too questionable here for kids.

JANE’S REEL RATING SYSTEM:
One Reel – Even the Force can’t save it.
Two Reels – Coulda been a contender
Three Reels – Something to talk about.
Four Reels – You want the truth? Great flick!
Five Reels – Wow! The stuff dreams are made of.
Jane Boursaw is the film critic and editor-in-chief of Reel Life With Jane. Contact her at jboursaw@charter.net. Images in this review used courtesy of Lionsgate. Back To Top
By Jane Boursaw
Categories:  Movie Reviews
Keywords:  Movie Reviews