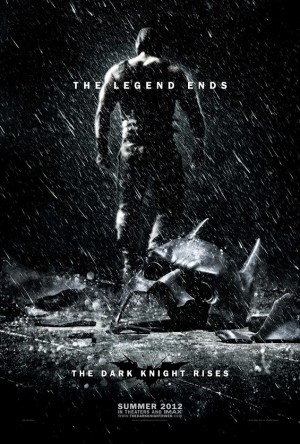 MPAA Rating: PG-13 for intense sequences of violence and action, some sensuality and language

SYNOPSIS: It's been eight years since Batman took the rap for Harvey Dent's crimes. But now the Dark Knight feels compelled to intervene when a mask-wearing madman known as Bane decides to destroy the city of Gotham.

Sex/Nudity: Bruce Wayne kisses a woman, which leads to cuddling and (off-camera) lovemaking in front of a fire. He briefly kisses another woman twice. Catwoman wears skintight black outfits that show off her curves. Some cleavage is shown at dinner parties and society events.

Violence/Gore: Like The Dark Knight, this movie ratchets up the violence to searing levels. With his bulked-up appearance and gas mask accessory, Bane is one nasty villain. He and Batman battle in hand to hand combat, and Batman gets pummeled and thrown around. A terrorist-like takeover of a plane includes scary thugs and fighting. Violence throughout the movie includes fighting, stabbing, shooting, explosions, bones breaking and more. Some violence is up close and personal, while other scenes involve mass destruction, buildings collapsing, bridges being blown up, bombings, etc. A dead teen's body is shown washed up by a sewer grate. Innocent people are trapped, held hostage, tortured and killed. Several scenes involve a deep pit where people are trapped and escape seems futile. Bruce Wayne is badly injured at one point and must build up his strength over time.

Drugs/Alcohol: Cocktails are served at dinner parties and costume balls.

Which Kids Will Like It? Kids 14 and older who liked the first two movies in this trilogy, or who appreciate comic-book movies about evil, social justice, power and responsibility.

Will Parents Like It? It's a great film, but also dark and violent, which is why I don't recommend it for kids younger than 14. It's also a little long and could have benefited from getting Batman into the suit earlier.

REVIEW: What a week it's been for the Batman legacy. With incredible buzz leading up to the release of The Dark Knight Rises last week, the horror of the theater shooting in Aurora, Colorado has cast a huge blanket of sadness over the whole franchise.

Of course, our first thoughts are with the shooting victims and their families, and what a class act Christian Bale is for visiting the Medical Center of Aurora this week. Hopefully, the visit will bring a little bit of light into the heaviness that hangs over those folks.

It's also tough to overlook the huge impact of the tragedy on both the movie and the film industry as a whole. Rightly so, no one wanted to see the movie after the midnight massacre, and the box office numbers reflected that. The movie cost upwards of $250 million to make, and the weekend grosses came in around $160 million, compared to The Avengers, which scored $226 million the first weekend.

Still, when things calm down a little, people will probably go see The Dark Knight Rises -- and they should, for several reasons. It's the end of a great trilogy with director Christopher Nolan and star Christian Bale. It's a well-done superhero movie with themes of social justice and senseless evil (played out, sadly, in real-life headlines). And you get to see the familiar characters from the first two movies, along with some new faces.

Bruce Wayne (Christian Bale) has been in seclusion during those years, leaving Lucius Fox (Morgan Freeman) to handle the affairs of Wayne Industries. Things are going smoothly enough in Gotham, until the evil Bane (Tom Hardy), a ruthless mercenary arrives with an evil agenda that threatens the city in a big way. With the help of Commissioner Gordon (Gary Oldman), rookie cop John Blake (Joseph Gordon-Levitt), and gorgeous con-woman Selina Kyle/Catwoman (Anne Hathaway), Bruce decides to put that Bat-suit on for one more go-around with the bad guys.

The Dark Knight Rises is a good movie. Consider the fact that you're talking about three movies here with an overarching storyline that has to transcend any one movie. Nolan and Bale succeeded in making a grown-up movie franchise out of a comic-book character. No small feat.

But The Dark Knight Rises isn't just a comic-book movie. It covers serious issues like social justice, power, greed, hope, responsibility, sacrifice and the fact that one person really can make a difference – and you don't have to have super powers to do it. Remember, Bruce Wayne can't fly or spin webs. He's just an ordinary guy with a lot of cash and cool gadgets.

He also carries a huge sense of responsibility for the citizens of Gotham. He was willing to take the fall for Harvey Dent, because he thought it was the right thing to do. He's also willing to be the hero again, to build his strength up after a serious injury in order to stop Bane from destroying Gotham. As Catwoman says, "You don't owe these people anything," but Batman rises above that.

As for Bane, Nolan deviated from the comic-book character, who was massively huge and menacing. While I wouldn't call Tom Hardy huge, he's no slouch in the physique department. With those muscles and gas mask face apparel that keeps him from pain, Hardy does the character proud. I certainly wouldn't want to meet him in a dark alley.

As with the other films, Bale brings a thoughtful, nuanced performance to Bruce Wayne and Batman that makes you identify with the characters. And, well, you sort of want to give him a hug. Poor guy's been through a lot since he lost his parents at an early age, but thank goodness for faithful friends and mentors Lucius and Alfred (Michael Caine).

I'm convinced that Gordon-Levitt can play any character, no matter whether it's a small indie movie like (500) Days of Summer or a blockbuster like Inception or The Dark Knight Rises. And I've long been a fan of Marion Cotillard, who plays the mysterious Miranda Tate, as well as Anne Hathaway. I was delighted to see her don the Catwoman suit and trade barbs with Batman. That girl's got a fierce energy like no other.

I do have a few complaints about The Dark Knight Rises. For one thing, it's nearly three hours long. It takes Bale a long time to finally get into the Bat-suit, resulting in a movie with more Bruce Wayne than Batman. Even though I'm all about the human elements of superhero movies, I would have liked a little more Batman.

Also, I don't know if it's just the sound quality of the theater where I saw it, but Bane's blustery Englishman voice was unintelligible at times. I wanted to reach through the screen and rip his mask off so I could understand him. There were also scenes where Hans Zimmer's musical score overpowered the dialogue. That was especially annoying near the crucial end scenes, where it sets things up for the story to continue (you didn't think it would end here, did you?).

But don't let these little annoyances dissuade you from seeing The Dark Knight Rises. It's an intense, well acted, and visually stunning film that shows there can be hope even in the darkest of times. You can't help but circle back to the victims of the Aurora shooting. May they have hope in these darkest of times.