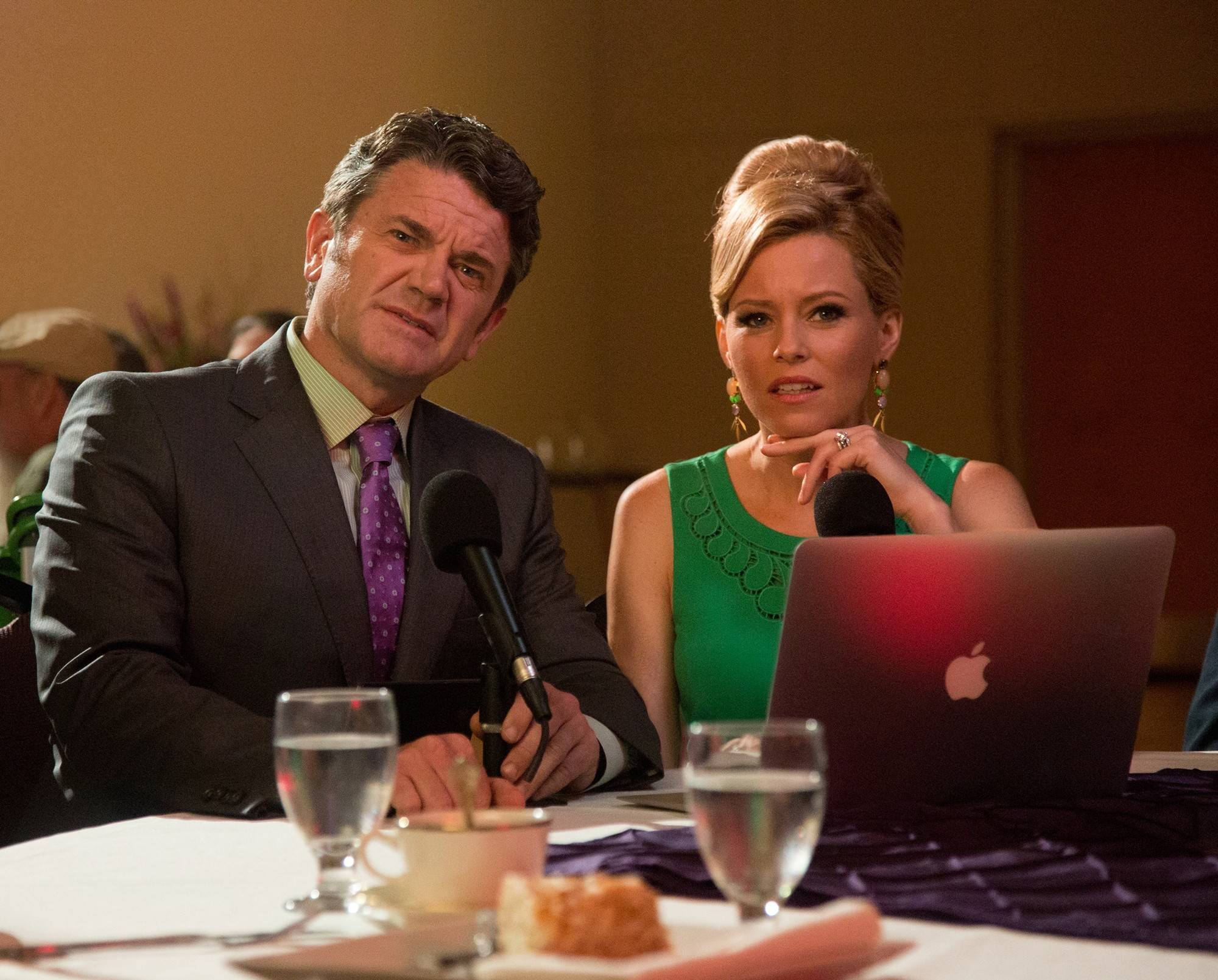 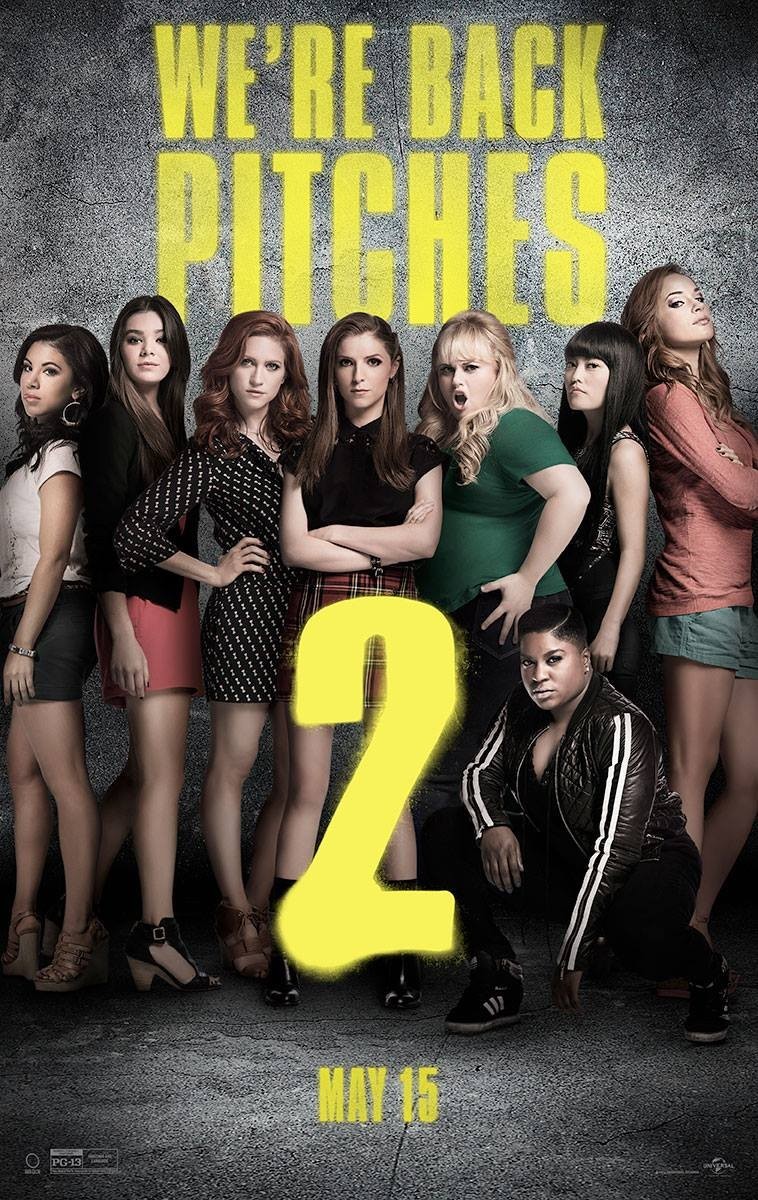 
SYNOPSIS: After a humiliating performance at Lincoln Center, the Barden Bellas enter an international competition that no American group has ever won in order to regain their status and right to perform.


REVIEW: Remember how fun the first "Pitch Perfect" movie was? How even people who'd never heard of a capella singing were forming groups? How every kid learned "The Cup Song" routine with their friends? Yeah, we don't get much of that magic with this sequel.
I told my daughter it's like they took all the good stuff from the first movie and tried to replicate it, but we've seen it before so it's not fresh and new anymore. Oh, the music is fantastic. But the plot is thin, the characters stereotypical, scenes
don't flow well from one to the other, and the dialogue is lacking that special
spark. And yet, I still liked it! Just not as much as the first movie.


The story picks up with Beca (Anna Kendrick) and most of the other Barden Bellas
- the a capella group at Barden University - about to graduate and officially enter
adulthood. But instead of being a happy time, the Bellas have been suspended
from the a capella circuit after an unfortunate mishap which left Fat Amy (Rebel
Wilson) showing an audience some of her body parts that are best left covered up.


The group's only chance to re-establish themselves in the a capella world is to
beat a formidable (read: scary) German team in an international competition. But
Beca is more focused on her new internship with a music production company,
hoping it will lead to bigger and better things in the music industry.


The music in "Pitch Perfect 2" is fantastic, but the plot leaves something to be
desired. If they had taken everything that was wonderful about the first movie
and figured out how to recapture that magic and build on it, this sequel would
have been great.


Instead, we have inappropriate jokes from Fat Amy (which, ok, were funny in the
first movie, but not so much in this one), a plotline about competing against
terrifying Germans (can we drop the scary-Germans stereotype once and for all?),
and very little of the sisterhood and romance that made the first movie so
touching.


I do love the addition of Hailee Steinfeld as the new recruit, but Katey Sagal's
characterization of her mom (once a Bella herself) is so shallow that it makes me
wonder what happened to the actress who delivered such a powerful
performance as Gemma in FX's "Sons of Anarchy." I know they're completely
different characters, but still.


But look, if you loved the music in "Pitch Perfect," see "Pitch Perfect 2" for that
reason. Just don't expect to be wow'd by much else.


THE DETAILS (May Contain Spoilers):
Sex/Nudity: A woman's pants split open during a performance, revealing her private parts (referred to as "Muffgate"). Couples kiss and make out. References to "feeling people up," "friends with benefits" and more. A few close-ups of boobs and butts. Girls in skimpy pajamas have a slo-motion pillow fight.
Violence/Gore: A boss make his employees run circles for not participating well during a meeting. Some trash-talking. Friends argue with each other.
Profanity: Fairly strong language for a PG-13 movie, including "s--t," "d--k," "bitch," and "ass."
Drugs/Alcohol: College kids - mostly seniors, but at least one freshman - are shown drinking out of red Solo cups at parties.
Which Kids Will Like It? Kids aged 13 and older who liked the first "Pitch Perfect" movie or a capella music.
Will Grownups Like It? The music is great, but the plot, characters and dialogue leave something to be desired.


JANE’S REEL RATING SYSTEM:
One Reel – Even the Force can’t save it.
Two Reels – Coulda been a contender
Three Reels – Something to talk about.
Four Reels – You want the truth? Great flick!
Five Reels – Wow! The stuff dreams are made of.
Jane Boursaw is the film critic and editor-in-chief of Reel Life With Jane. Contact her at jboursaw@charter.net and check out the shop for fresh editorial content. Images in this review used courtesy of Universal Pictures. Back To Top