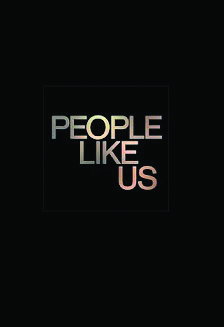 MPAA Rating: PG-13 for language, some drug use and brief sexuality

SYNOPSIS: Chris Pine plays a salesman on top of the world -- except for that crushing debt load and a little run-in with the FTC over questionable shipping through Mexico. Things are looking up when he receives a shaving kit full of cash from his recently deceased dad – only to learn he's supposed to deliver it to the sister and nephew he never knew he had. If it isn't one thing, it's another.

Sex/Nudity: An adult female has a quickie with a friend. No private parts are shown, but plenty of grunting and moaning. A male and female kiss a few times. A female attempts to kiss a guy before she realizes they're brother and sister.

Violence/Gore: Sam's mother slaps him after he misses his dad's funeral. A kid punches a classmate and breaks his nose, and also pours chemicals into a pool, causing it to explode. A female beats up a guy after he fails to tell her the truth.

Drugs/Alcohol: A main character is an alcoholic who goes to AA meetings and discusses her past struggles. She also smokes a lot of cigarettes and works as a bartender. One scene shows her mixing drinks at work.

Which Kids Will Like It? Kids 14 and older who like family dramas, or Chris Pine or Elizabeth Banks movies.

Will Parents Like It? It's not a bad movie, but you probably won't remember it next week. And while it's ok for kids 14 and older, it's probably not the kind of movie most teens will want to spend their hard-earned cash on.

REVIEW: I was kind of surprised when I learned that Alex Kurtzman (director/writer) and Roberto Orci (writer/producer) were behind this film. They're hardly the family drama type, having helmed such sci-fi projects as Cowboys & Aliens, Star Trek, Eagle Eye, Transformers, Fringe and Alias. After seeing People Like Us, I'm thinking they should stick to sci-fi.

People Like Us is not a bad film. It's just not a film that people will remember or be talking about for years to come. The actors are handsome, and the storyline moves along ok, but it's a forgettable movie.

Chris Pine stars as a smooth-talking Manhattan salesman named Sam who's just learned he's in trouble with the Federal Trade Commission for questionable shipping of products through Mexico. If that wasn't bad enough, he gets a message that his father has died in California.

Carrying plenty of family baggage, he misses his father's funeral on purpose, but still travels to California with his girlfriend, Hannah (Olivia Wilde), to visit his estranged mother (Michelle Pfeiffer).

It seems that Sam's father, Jerry (Dean Chekvala), a renowned music producer, has bequeathed Sam his extensive record collection, along with the task of finding a boy named Josh, to whom he's left $150,000 in cash.

Remember, Sam's deep in debt, and at first, he considers keeping the cash. But after a little sleuthing, he discovers that Josh's mother, Frankie (Elizabeth Banks), is the half-sister he never knew he had. She's also a recovering alcoholic and a single mom. Sam then worms his way into their lives without letting on that he's related to them, thus causing much angst when Frankie starts to have romantic feelings for him.

It's the type of story that seems pieced together to play on our emotions. I can just picture the writer's room discussions: "Let's make Frankie an alcoholic," "Let's put Sam in trouble with the law," and "Why don't we throw in a quirky kid to mix it up." I feel a little manipulated by the story.

While Pine and Banks are both gorgeous and charming, the stand-out performance in People Like Us goes to Michael D'Addario for his portrayal of the precocious and witty-beyond-his-years Josh. As a side note, Michael started acting in regional theater at age six and appeared in the Broadway production of Tom Stoppard's Tony award-winning play The Coast of Utopia at Lincoln Center Theatre in 2006.

Pine and Banks have the kind of chemistry that makes you wish they weren't related. But alas, when Sam leaves out that little bit of information ("Hey, by the way, I'm your half-brother!") then bonds with Frankie over tacos and laundry, and worse, bonds with Josh over rock music, it's kind of unforgiveable.

I mean, why not just tell her the truth? Why carry on this charade of deception? When Sam finally does spill the beans, you're cheering Frankie on for beating the crap out of him.

People Like Us is at times depressing, heartwarming, frustrating, and joyful. It does, however, have an interesting ending, and Michelle Pfeiffer brings it home in the supporting role of Sam's mom, who's trying to find a way to move on from her mistakes.

But unless you're a big fan of dramas about family dysfunction, or you're determined to see every Chris Pine or Elizabeth Banks movie on the big screen, you can probably skip this one until it comes out on DVD.