Having Trouble Getting Your Kids Ready for School in the Morning? 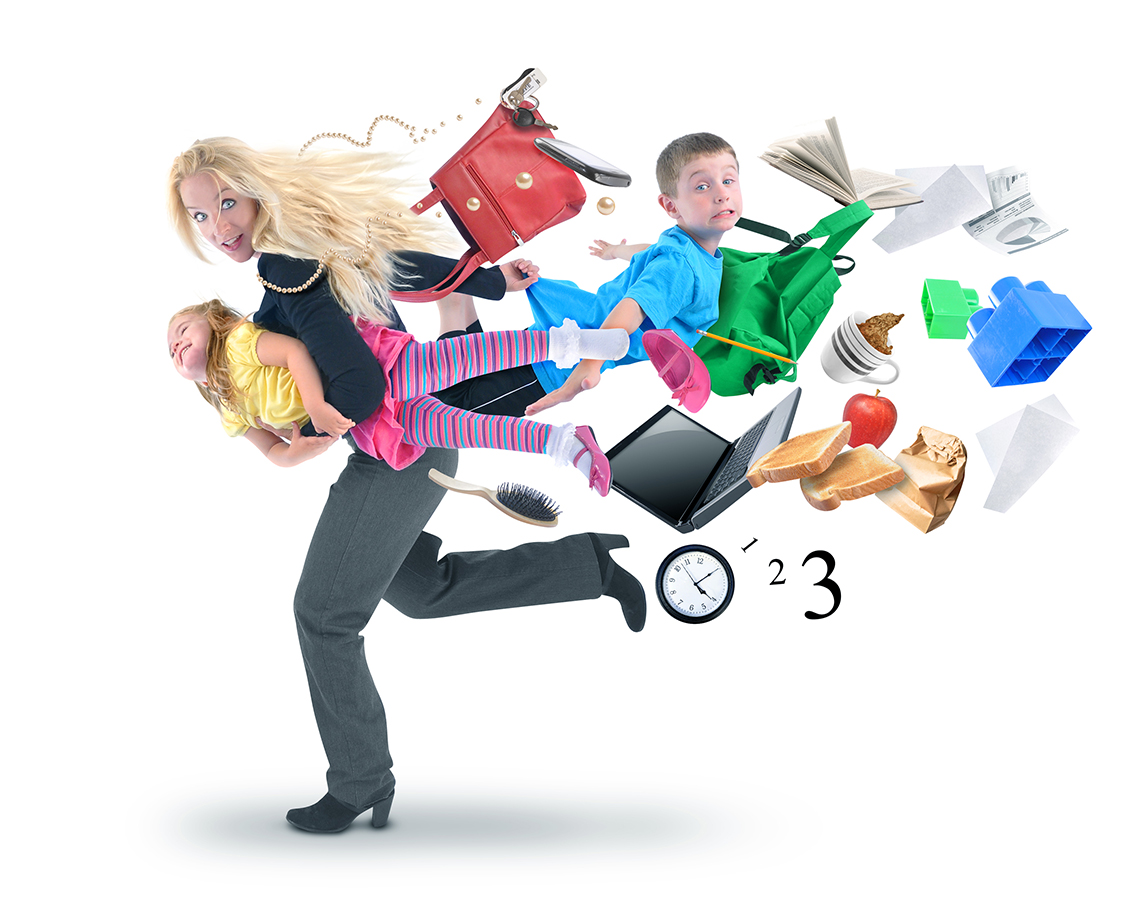 Your alarm bellows its jarring call, and as your eyes adjust to the still-dark room, you realize another day is dawning and you must get your children dressed, fed and to school before the first bell. It is a daunting task that can be a source of stress and frustration for any family. But, there are ways to make your morning routine more efficient and less of a headache.

1. Get up before the kids
Cathy Burks, of Belton, who has three school-aged children, said it helps her morning routine get off to a good start if she is up and ready before her children. She wakes at 6 a.m. during the school year and begins waking her children around 6:30 a.m.

2. Make your rounds
After waking her children initially, Burks makes several rounds to each child's bedroom and the bathroom to make sure they are getting dressed, brushing their teeth and preparing for the day.

"Some of them will already be up and moving, while others have to be reminded more than once to get up and moving," the mother of four said.

3. Focus on getting ready
While Burks would love to see her four children completing chores or other tasks in the morning, she has learned that it is in her best interest to just focus on getting each child ready for the school day.

4. Start preparing the night before
The best piece of advice Burks has for other parents who are trying to get their kids out the door in the morning is to have everything ready to go the night before.

"Have all of the kids pick out their clothes the night before, right down to their socks and shoes," she said. "And make sure backpacks are packed and ready for the morning before bed. That has been key for us and has solved our morning meltdown problems."

5. Take advantage of school breakfasts
Not only are the breakfasts at school hot and healthy, but they are also prepared by someone else. That is one less task to complete during your morning routine. No more fighting over cereal boxes or refusing to eat the breakfast you've prepared.

"Having them eat breakfast at school has simplified our mornings a lot," Burks said.

6. Teach independence
Cheri Strange, PhD, of Temple, who has eight school-aged children, said it is essential to teach each child independence. It is impossible for her to hold each child's hand as they complete their morning tasks.

"They can participate a great deal if we let them," she said.

7. Be consistent
If morning meltdowns and rule breaking has become a part of your morning routine, then come up with a list of consequences the child will receive when they act out-of-line, and enforce them. Consistency is key, Strange said.

8. Make sure everyone is getting adequate rest
Nothing ruins a morning faster than a house full of grumpy, sleep-deprived kids and parents. In fact, studies have shown that sleep deficiency actually alters the brain. According to the National Institutes of Health, when you are "sleep deficient, you may have trouble making decisions, solving problems, controlling your emotions and behavior, and coping with change. Sleep deficiency also has been linked to depression, suicide, and risk-taking behavior."

So, turn off the TV, unplug the electronics and say hello to an early bed time for everyone. Back To Top

Categories:  Parenting Tips|Development
Copyright © Berger Publishing, LLC. All rights reserved. Website and all content is the property of Hooray For Family and may not be copied or otherwise used without the express written consent of the Hooray For Family publisher. 2023