THE PERKS OF BEING A WALLFLOWER 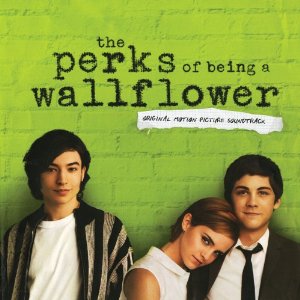 MPAA Rating: PG-13 on appeal for mature thematic material, drug and alcohol use, sexual content including references, and a fight - all involving teens

SYNOPSIS: Based on the novel by Stephen Chbosky, this movie from Summit Entertainment stars Logan Lerman as an introverted teenager who's coping with the suicide of his best friend and his own mental illness while struggling to find a group of people with whom he belongs.

Sex/Nudity: Much talk of teen sex throughout the movie. Viewers see both same-sex and opposite-sex teens making out, groping each other and engaging in foreplay, but no actual sex scenes. A stage performance of The Rocky Horror Picture Show shows both teen girls and boys dressed and dancing provocatively (the boys in female clothes and makeup).

Violence/Gore: A fight breaks out in a high school cafeteria after teen boys harass a gay student. A dad beats up his son after discovering that he's gay (we only see the bruises). A teen boy hits his girlfriend, who brushes it off and says she provoked him. A truck is shown heading straight for a vehicle, putting the driver in peril. References to the suicidal death of a teen who shot himself and the death of an aunt. Teens cope with ongoing emotional issues surrounding sexual abuse by adults earlier in their life.

Drugs/Alcohol: Teens drink beer and hard liquor, smoke weed, and eat pot brownies. One teen has an acid trip. References to being "stoned."

Will Parents Like It? It's always interesting to see what ratings other countries give movies. Singapore says Perks is ok for 16-year-olds; Ireland, 15-year-olds; and Brazil, 14-year-olds. The U.S. originally gave this movie an R rating, but changed it to PG-13 after an appeal. By comparison, The Breakfast Club is rated R. I tend to lean on the older-age side because I don't think kids need to have a lot of this stuff in their heads, which is why I recommend it for kids 16 and older.

REVIEW: The Perks of Being a Wallflower is being tagged as "a Breakfast Club for the new millennium," and while I don't think it will be as iconic as the 1985 John Hughes movie, there are some similarities.

Like Breakfast Club, Perks also features a brain, an athlete, a basket case, a princess, and a criminal, sometimes rolled into more than one character. Both movies deal with heavy-duty teen issues and the raw emotions attached to them, and both have great soundtracks. "Asleep" by The Smiths, "Dear God" by XTC, "Tugboat" by Galaxie 500, "Pearly-dewdrops' Drops" by Cocteau Twins, and "Low" by Cracker are some of the songs featured in Perks.

Based on the novel by Stephen Chbosky (who also directed the film and was a writer on Rent and the TV show Jericho), Perks stars Logan Lerman as Charlie, a teenager coping with the suicide of his best friend. He's also struggling with his own mental health issues, fueled in part by the death of his Aunt Helen (Melanie Lynskey), who had her own issues.

After a stint in a hospital psych ward, Charlie enters his freshman year of high school hoping to find a group of people with whom he belongs. He finds such a group with Sam (Emma Watson) her half-brother Patrick (Ezra Miller), and their friends Mary Elizabeth (Mae Whitman) and Alice (Erin Wilhelmi). "Welcome to the Island of Misfit Toys," says Sam, as they officially take young Charlie under their wing (made even cooler by the fact that they're seniors).

There's a lot going on in this movie, but somehow it all works. Sam is a sweet girl who's harboring a secret from her childhood (as is Charlie) and has been unfairly tagged as a girl who sleeps around. Patrick is an openly gay teenager whose closeted boyfriend Brad (Johnny Simmons) is a football jock who refuses to acknowledge their relationship in public. When his dad finds out, he uses Brad as a punching bag (a little nod to Emilio Estevez' volatile relationship with his dad in The Breakfast Club). Charlie's sister Candace (The Vampire Diaries' Nina Dobrev) is seeing a boy who hits her. Alice loves to shoplift jeans from stores, and Mae is clingy and stalkerish.

And yet, even with so much angst and heartache, all the characters are believable. Logan Lerman starred in 2006's Hoot and 2010's Percy Jackson & The Olympians: The Lightning Thief, but his role as the kid in 2007's 3:10 to Yuma showed he had the acting chops for meatier roles. His understated performance as Charlie proves he can carry the weight of complex emotions without going over the top. In Perks, he acts just like a real kid who's dealing with some heavy-duty stuff.

At the Cannes Film Festival this year, Ezra Miller won the Chopard Trophy for "Male Revelation of the Year." It's easy to see why after his knock-out performance in 2011's We Need to Talk About Kevin and his endearing role as an unabashedly gay teen in Perks. And of course, Emma Watson gets to move beyond Harry Potter's Hermione and show a little more depth and range of emotion. Look for both her and Lerman in 2014's Noah, directed by Darren Aronofsky.

In peripheral roles are Dylan McDermott and Kate Walsh as Charlie's parents, Joan Cusack as his doctor, and Paul Rudd as a teacher who takes an interest in him. The fact that these heavy-hitters accepted supporting roles is an indication that The Perks of Being a Wallflower is an important movie that will strike a chord with disenfranchised kids and the adults in their lives. The takeaway is that you can go through the fire and be ok. Sometimes, it really does get better.