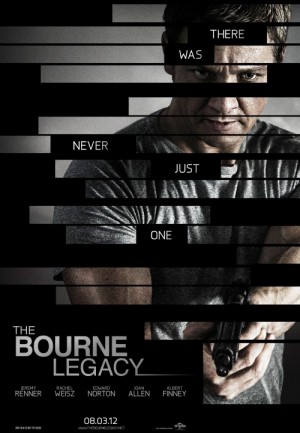 SYNOPSIS: Everyone makes fun of Norman Babcock, a boy who claims to be able to speak to the dead. But no one is laughing when he's called upon to protect the town from a centuries-old witch's curse.

Sex/Nudity: A teenage girl flirts with a muscular teenage boy (who turns out to be gay). He answers the door wearing only a towel, and the girl whimpers when he says, "I'd better put some clothes on." She asks, "Do you use free weights? Because your deltoids are huge." She wears a skimpy exercise outfit and zips the top down to show off her cleavage. Throughout the movie, she comments on how "hot" he is and tries to get him to reciprocate. A kid tells another kid, "Don't get your bra in a twist." A frightened boy says, "I think I peed my pants." A teenage boy asks his younger brother, "Are you freeze-framing mom's aerobic tapes again?" A teenage boy tells a girl, "You're gonna love my boyfriend. He's a total chick-flick mag."

Violence/Gore: Though it's stop-motion animation, ParaNorman is a dark, moody film with plenty of scary zombies, witches, and supernatural themes. Norman loves monster movies, and this movie begins with him watching a monster movie on TV (a person is being chased). The overriding theme is that Norman can talk to ghosts – not only spirits in his neighborhood, but also his dead grandma, which might be disturbing to kids. Some of the ghosts have injuries or are falling-apart zombies. A character dies on screen, and Norman has to pry a book from the corpse's hands. Kids are chased by monsters and zombies, and there are several tense and startling "jump" scenes. A witch's ghost is loud and creepy, and nearly kills Norman and his group. Flashback scenes send Norman back to ancient times when the witch was a small, frightened girl being stalked by angry townspeople, who eventually sentence her to be hanged a la the Salem Witch Trials. Likewise, the current-day townspeople become an angry mob ready to kill the zombies and ghosts with guns, pitchforks and other weapons. Surreal scenes involve Norman entering the witch's otherworldly lair, which is like a big green cloud with swirly, sparkly stuff. Norman's parents argue, and a car driven by a teen hits a character on a bike (it turns out to be a zombie), then rolls over and crashes. Norman and his group go in search of the little girl's grave, and Norman talks to her about letting go of the curse so she can "be with her mom again."

Profanity: This movie revolves around a theme of bullying, and insults from kids directed at other kids include "freak," "fatty," "stupid," "crazy," "loser," "wiener" and "ghost boy." Norman's dead grandma calls her son (Norman's dad) a "jackass." Other words include "boobs," "darn it," "hell," "sucks," "OMG" and "damnation." A teenager says, "Hell, yeah."

Drugs/Alcohol: An older gentleman takes pills. A billboard for "The Lucky Witch Casino" shows a sexy witch holding a glass of what appears to be alcohol.

Will Parents Like It? The stop-motion animation is well done, but there are too many adult references and scary themes for kids younger than 12.

REVIEW: When I first heard about ParaNorman, I thought, ok, this could work. A boy who's able to talk to spirits could provide some comical fodder for a family movie. But then I started watching the movie and quickly realized this was something far different than what I imagined (and what the trailer purported it to be).

For starters, it turns out that Norman Babcock (voiced by Kodi Smit-McPhee) can not only talk to ghosts, but also the ghost of his dead grandma. You know right away that's going to take a different turn than simply chatting with spirits hanging about in trees and shrubs on the street in his neighborhood.

Things spiraled from there into a movie that's not only NOT ok for kids, but sends all the wrong messages -- except for one, which I'll talk about in a moment.

The story takes place in the small New England town of Blithe Hollow, where we learn about Norman's I-see-dead-people skills and the fact that no one besides his new friend Neil (Tucker Albrizzi) believes his supernatural abilities are real. Things take a bizarre turn when Norman's eccentric uncle tells him of an important annual ritual that protects the town from a centuries-old witch's curse.

On the upcoming anniversary of the witch's death, Norman must read from a special book to keep the town safe from her curse for another year. Keep in mind this "witch" was just an 11-year-old girl named Agatha when angry villagers deemed her a "witch" and sentenced her to be hanged. What's worse, we see scary flashbacks to her demise, where she's crying for her mommy. Yes, it's awful.

But Norman decides he doesn't want to just keep the town safe for another year; he wants to end the curse forever. To do that, he enlists the help of a ragtag group of people, including the aforementioned friend Neil, Norman's teenage sister Courtney (Anna Kendrick), Neil's older brother Mitch (Casey Affleck), and the school bully Alvin (Christopher Mintz-Plasse).

While they're trying to succeed at the impossible task, there's an even more ragtag group of zombies chasing them, not to mention the current-day angry villagers who think Norman is a freak. You can see there's a lot going on here, and not much of it is appropriate for kids.

ParaNorman was written and directed by Chris Butler, who worked on Coraline and Corpse Bride. It has the same stylized stop-motion animation as those films, and like Coraline, features an outcast kid with complicated family relationships. Norman's dad doesn't believe he can talk to ghosts either.

One thing I like about ParaNorman is that the title character is a loner who's struggling through middle school and dealing with bullies, much like we've seen in ripped-from-the-headlines documentaries like 2011's Bully. In that way, maybe the witch's curse in ParaNorman is actually a metaphor for the curse of being different. And when you look at someone – even zombies and bullies – there might be more to the story than what you see on the surface.

Still, even with an important message about bullies and loners and doing the right thing even when it scares you, I'm a little scarred by ParaNorman.  Especially a scene at the end where a creepy soundtrack of "Ring Around the Rosie" plays as Norman tries to convince Agatha to give up the curse so she can be with her mommy again. Yikes!

I didn't go into ParaNorman expecting to see a movie that's basically The Walking Dead for the younger set. The trailer makes it look way cuter than it is, and I just can't recommend it unless you're a film student looking for a good example of stop-motion animation.