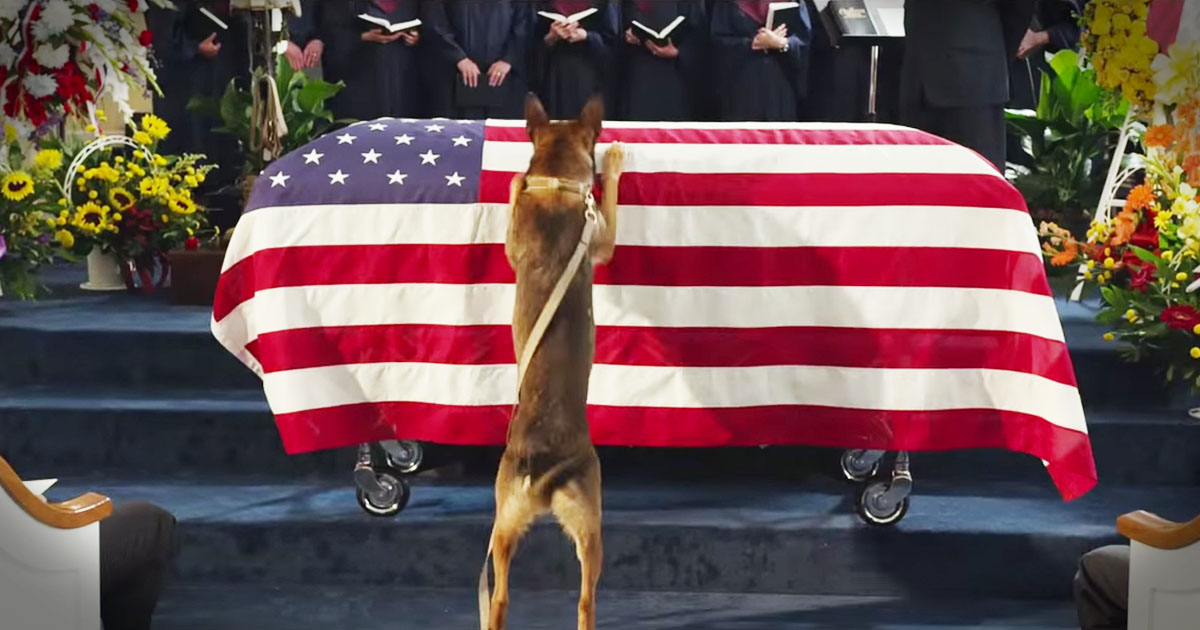 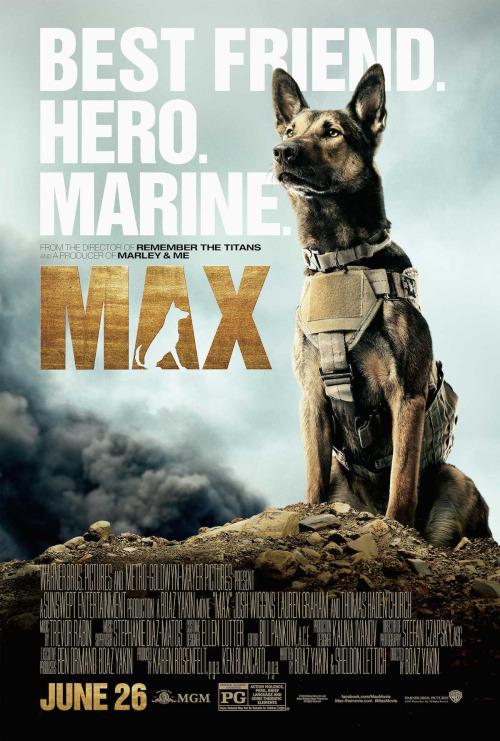 
SYNOPSIS: A military dog who helps U.S. Marines in Afghanistan returns to the U.S. and is adopted by his handler's family after suffering a traumatic experience.


REVIEW: I figured it wouldn't take long for me to start weeping during "Max," and I was right. During the first few minutes of the movie, we meet Max, a brave, smart, precision-trained military dog who serves on the frontlines in Afghanistan alongside his handler, U.S. Marine Kyle Wincott (Robbie Amell).


But things go horribly wrong during maneuvers one day, and Kyle is killed in the line of duty. Unable to remain in service after losing his best friend, a traumatized Max is shipped stateside. Cue tears.


When Kyle's Marine buddies bring Max to his funeral, the dog lies down in front
of the casket, as Kyle's parents, retired soldier Ray (Thomas Haden Church) and
Pamela (Lauren Graham), fight to hold themselves together. I was pretty much
doing the same thing. (It doesn't help that I'm still traumatized from NBC's
"Parenthood," the emotional family drama which starred Graham as one of the
Bravermans.)


After the funeral, Max bonds with Kyle's younger brother, Justin (Josh Wiggins),
who's having behavioral issues after losing Kyle and also trying to live up to his
dad's strict rules and high expectations.


Justin isn't interested in taking responsibility for his brother's troubled dog, but as
they get to know and trust each other, the pair begin to unravel the mystery of
how Kyle really died, including the part his friend and fellow soldier Tyler (Luke
Kleintank) played in his death. In the process, Ray, Max, Justin and Justin's friends,
tough-talking teen Carmen (Mia Xitlali) and her cousin Chuy (Dejon LaQuake), find
themselves in danger.


"Max" is equal parts family drama, action thriller, and war movie, with a little
gang violence thrown in. It's probably not the best movie you'll ever see -- it's
formulaic, overly dramatic and rife with stereotypical characters. But it's still a
solid family drama for kids aged nine and older, especially kids who like movies
centered on animals. And Max is truly the star of this show!


I especially love that "Max" shines a bright light on "war dogs." Their military
service dates back to the Roman Empire, but the first modern push for the use of
dogs in U.S. military began during WWII. Click over to The United States War Dogs
Association for more info about these brave pooches.


Be sure and stay through the end credits to see photos of real-life war dogs.


THE DETAILS (May Contain Spoilers):
Sex/Nudity: A teen boy and girl kiss.
Violence/Gore: Soldiers are killed by an explosion. Main characters are threatened, chased, shot at and injured. Vicious dogs are pitted against each other, and one dog is killed during a fight.
Profanity: "Friggin'' is as bad as it gets.
Drugs/Alcohol: A man offers another man a bottle of beer. References to medications for war injuries.
Which Kids Will Like It? Kids aged nine and older who like dramatic family movies, especially involving dogs.
Will Grownups Like It? While overly dramatic and filled with stereotypical characters, "Max" is still a sweet story about loyalty, friendship and heroes.


JANE’S REEL RATING SYSTEM:
One Reel – Even the Force can’t save it.
Two Reels – Coulda been a contender
Three Reels – Something to talk about.
Four Reels – You want the truth? Great flick!
Five Reels – Wow! The stuff dreams are made of.
Jane Boursaw is the film critic and editor-in-chief of Reel Life With Jane. Contact her at jboursaw@charter.net and check out the shop for fresh editorial content. Images in this review used courtesy of Warner Bros. Back To Top
By Jane Boursaw
Categories:  Movie Reviews
Keywords:  Movie Reviews