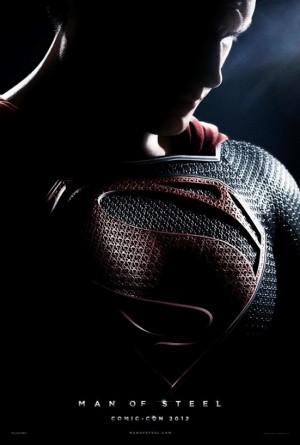 MPAA Rating: PG-13 for intense sequences of sci-fi violence, action and destruction, and for some language

SYNOPSIS: This latest installment in the Superman franchise finds Henry Cavill playing the Man of Steel, figuring out his place on Earth while acknowledging his Krypton origins and battling the evil General Zod.

Sex/Nudity: Lois and Clark hold hands, flirt and share a couple of kisses.

Violence/Gore: Not much blood and gore, but the mass destruction and body count is high. Buildings burn down and collapse, cars are flattened, and helicopters and planes spin out of control and crash. Lots of hand to hand combat and fighting between Superman and General Zod. Both kids and adults are in peril throughout the movie. An entire planet is destroyed, including everyone on it. General Zod and his army plot to kill off all the humans on earth and re-establish the planet with Kryptonians. Martha Kent is nearly choked to death for information about Clark. A final battle ends with Superman reluctantly breaking someone's neck and showing great remorse.

Drugs/Alcohol: Adults consume alcohol at a restaurant/bar. An adult drinks a Scotch on the rocks.

Which Kids Will Like It? Kids 13 and older who like Superman, superhero comic books and movies, or the DC Universe.

Will Parents Like It? The pacing is a little uneven, but it's a well-done installment in the franchise, and the PG-13 rating is on-target.

REVIEW: "Man of Steel" is a great movie for people who don't necessarily know the whole backstory of Superman. It's quite an accomplishment to deliver a movie for both Superman fans and non-fans, and director Zack Snyder is up to the task. We get the necessary amount of explanation to put it all together.

The story begins with Superman's birth on Krypton, and we learn that unlike other babies born on that planet -- who are engineered by a "codex" to be workers, warriors, leaders or scientists -- baby Kal-El was made the old-fashioned way, by Krypton's head scientist, Jor-El (Russell Crowe) and his wife Lara (Ayelet Zurer).

But the planet is in turmoil, and Jor-El is killed during a failed coup by General Zod (Michael Shannon), as Lara launches their newborn son to the distant planet Earth while Krypton implodes in a blaze of explosions. Zod and his crew, however, are banished from the planet, which ultimately saves them.

Fast-forward 33 years to Earth, where Clark Kent (Henry Cavill) is living a gypsy life, taking jobs here and there, and attempting to hide his special powers, just as his late father Jonathan (Kevin Costner) instructed him. The planet wasn't ready for him, said Jonathan. Still, Clark can't help but save people when the need arises. He saves a school bus full of kids as a youngster, and  later, saves men from a burning oil rig and also rescues the fearless Daily Planet reporter Lois Lane (Amy Adams).

Clark has been searching for his true identity, and he finds it buried in the glaciers -- an ancient Kryptonian scouting ship that has the crew investigating it perplexed, as it settled there before the ice formed. But the same command key that lures Clark's Kryptonian father's ghost also draws Zod and his army. Not good, because Zod is out to kill all humans and repopulate the earth with Krypton people. For starters, he demands that Superman surrender, forcing the Man of Steel to reveal himself to the government and pave the way for a deadly confrontation between himself and Zod.

While I love Zack Snyder's broody take on the Superman story, the pacing seems a little off. Much of the first half of the movie is explanation -- who is Superman, how did he get to earth, what is he supposed to be doing here... As mentioned, we need that explanation, but it seems a bit ponderous at times. Then, much of the second half of the movie is fast-paced action and fighting scenes, with various characters, including Lois Lane and Clark's mother, in peril and fearing for their lives.

Still, I love the tone of this film, which is respectful of the Superman legacy, but also blends in light moments here and there, along with an anti-bully story (Clark is kicked around by classmates because he's different, but he doesn't fight back -- much as he wants to); an alien story (when you get right down to it, Clark is an alien from another planet); an inner struggle between two worlds (when Clark learns where he's from, he's torn between embracing his Krypton origins and protecting Earth); and an anti-government message. "These lawmakers with their endless debates have led Krypton to ruin!" exclaims General Zod.

The casting is spot-on, with Cavill as the dashing, thoughtful and caring Man of Steel (not to mention studly!), Amy Adams as the fearless investigative reporter Lois Lane, Diane Lane as the farm mom who will do anything to protect Clark, and Russell Crowe and Kevin Costner as the two dads who do their best to guide Clark on his journey -- even from the grave.

Also, Christopher Meloni as the stern Colonel Nathan Hardy and Laurence Fishburne as Perry White! He's perfect as the crotchety Editor-in-Chief of the Daily Planet.

Michael Shannon -- who scares me a little, no matter what role he's playing -- is perfectly cast as the supervillain General Zod. He's cold-hearted and ruthless, and yet, we know why. He was created to protect and ensure the future of the Krypton people, no matter the cost.

I also have to mention Dylan Sprayberry as Clark at 13 years old, and Cooper Timberline as Clark at 9 years old. They both have the perfect look and attitude to believably grow up into Henry Cavill's Clark Kent.

Zack Snyder -- whose credits include "300," "Watchmen," Sucker Punch" and the upcoming "300: Rise of an Empire" -- is a master with high-action, CGI sequences. The good thing is that "Man of Steel's" PG-13 rating is on-target, despite the high body count. Not much blood and gore is shown, making this a good movie for both adults and kids 13 and older (though because it's Superman, I'm sure lots of moviegoers will be younger).

At two-and-a-half hours, "Man of Steel" runs a bit long and could have used some editing here and there, but the iconic story and action scenes will keep you entertained, for the most part. Some say "Man of Steel" has a religious undertone -- Clark was 33 years old when he "became" Superman (same age that Jesus died), and he took refuge in a church, where a pastor gave him some wise words. Still, I didn't really get the religious vibe until someone mentioned it later.

The ending sets things up nicely for a sequel, and indeed, there's already a "Man of Steel 2" in the works, with Zack Snyder at the helm. I'm looking forward to it!

Get in your seats early enough to see the great trailers, including "Gravity," "The Hunger Games," "Turbo," "Pacific Rim" and "The Hobbit: The Desolation of Smaug."

I'll leave you with a few quotes from "Man of Steel":

"Make a better world than ours, Kal." - Lara Lor-Van

"People are afraid of what they don't understand." - Jonathan Kent

"You just have to decide what kind of man you want to grow up to be, Clark, because whoever that man is, he's going to change the world." - Jonathan Kent

"Sometimes you have to take a leap of faith first. The trust part comes later." - Pastor in a church where Clark takes refuge