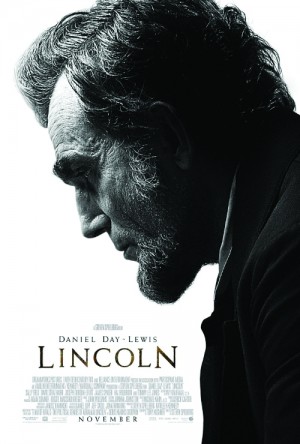 MPAA Rating: PG-13 for an intense scene of war violence, some images of carnage and brief strong language

SYNOPSIS: Daniel Day-Lewis inhabits the body and soul of President Lincoln, who reached across party lines to end the Civil War and pass the 13th Amendment abolishing slavery.

Sex/Nudity: A few kisses and embraces between couples. Brief scenes of couples in bed together, but nothing sexual.

Violence/Gore: A few brief scenes of the Civil War carnage, including dead bodies on battlefields, soldiers fighting on muddy terrain, amputee soldiers in hospitals, and soldiers dumping a barrel full of severed limbs into a hole behind the hospital. We don't see Lincoln's assassination, but do see his body on a bed with blood-soaked sheets and also hear the pronouncement of his death.

Will Parents Like It? It's a great history lesson for teens and adults, but there's a ton of talking and monologuing that might have some viewers checking their watch.

REVIEW: Daniel Day-Lewis is one of the few actors who can pull off a movie that consists mainly of talking, and it's because he so fully disappears into his characters. You don't feel like he's simply studied the mannerisms and speech characteristics of Abraham Lincoln; you feel like he really IS this person. Under his acting skills, he brings Lincoln to life out of the pages of our history books.

There's a striking difference between a performance like that and a performance where you realize you're watching an actor playing a part. I love Tommy Lee Jones, but there was never a time in this film where I didn't see his character and think, there's Tommy Lee Jones playing Thaddeus Stevens.

I'm forgiving of this, because I do like Jones as an actor, and feel like he's perfect for the role of Stevens, the uncompromising abolitionist congressman who wanted complete racial equality -- not just the legal extinction of slavery. Still, there wasn't one time where I watched Abraham Lincoln on screen and knew immediately it was Daniel Day-Lewis. Even if you actively look for him in the character, you probably won't find him.

And of course, there's the brilliance of director Steven Spielberg, Pulitzer Prize-winning writer Tony Kushner, and author Doris Kearns Goodwin, who wrote the book Team of Rivals: The Political Genius of Abraham Lincoln, upon which this movie is based. You know immediately that this is a Spielberg film because of the amazing attention to detail played out in everything from the interior of the White House to the era-specific costumes to the carnage of the battlefields. Even the coloring of the film itself has an antique quality to it.

The story begins in the muddy battlefields of the Civil War, but then moves immediately to Washington, D.C., where President Abraham Lincoln (Day-Lewis) has just been re-elected. It's January of 1865, and the Confederacy likely won't survive another spring in the ongoing Civil War.

Lincoln is also focused on passing the 13th Amendment, which would outlaw slavery in the entire Union. He has the help of his Secretary of State William Seward (David Strathairn), but also hires three political negotiators (James Spader, Tim Blake Nelson, and John Hawkes) to convince at least 20 of the House of Representatives' Democrats to vote for the bill.

Even though this story occurred 147 years ago, you can see how the machinations of the Washington government are still played out today. Like our current government, politicians have deep convictions and are not easily swayed to the other side. There are back-room maneuverings and the promise of jobs and positions. If we are to believe Goodwin and Day-Lewis' representation of Lincoln, you can see that he knew how to play the game, and did so brilliantly, perfecting the art of reaching across party lines to move the country forward.

Meanwhile, Lincoln struggles in his personal life, dealing with his son Robert (Joseph Gordon-Levitt, also unrecognizable in the role), who's desperate to enlist, and wife Mary Todd Lincoln (Sally Field), who's still in grief over the loss of her son Willie to illness. The movie ends with the killing of Lincoln, but it makes me want to read more about Mary, and how she coped with her instability after the loss of her husband.

Lincoln isn't necessarily a biopic; who knows for sure what went on behind closed doors and how the President acted and reacted to situations? But it's a great history lesson for both kids and adults, and Day-Lewis' performance is an excellent character study about the final months of a legendary President who displayed a gift for the spoken word and a quiet dignity even in the darkest of hours.