Camp Longhorn: A Texas Tradition 75 Years in the Making 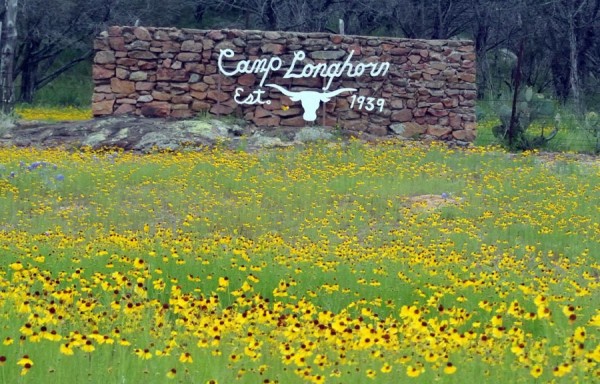 When a nervous 10-year-old Liz Jansing of Crawford stepped off the bus and into the world of sleep away camp, she wasn't sure what to expect. But as she clutched her backpack and took a deep breath, a smiling camp director made eye contact and said, "It's good to have you, Liz."

This is what Camp Longhorn is all about—making every camper feel welcome and a part of something great. From their unique traditions to their positive slogan, "Everybody's somebody at Camp Longhorn," campers know that they've come to a special place.

The camp, which is located in the Texas Hill Country, 60 miles northwest of Austin, has been welcoming new campers since 1939. University of Texas swim coach, Tex Robertson, and his wife Pat, started the camp shortly after marrying that same year.

"[My dad] couldn't afford a [business] partner, so he married one," said Camp Director Bill Robertson. "The first year, he made his swim team come out to the camp on the brand new manmade Inks Lake. The swim team worked out there every day."

Other than the UT swim team, the camp only had two campers that year. The next year, attendance grew to about 20 campers, and grew exponentially in the years after. Camp Longhorn took a break during World War II, temporarily closing while their able-bodied, male campers fought in the war.

"But when the camp started back up in 1945, it flourished." Robertson said. "And by 1950, the sisters wanted to come. So, they added a girl's camp. That took off and got bigger and better until the camp outgrew the first location. That's when we started a new location in 1975 called Indian Springs."

Today, the camp maintains two locations and hosts more than 4,000 campers a year.

So, what makes this camp so special that thousands of campers find their way to the Texas Hill Country each year? One of the biggest draws for kids and their families is the deeply-rooted traditions of Camp Longhorn.

"Fundamentally, nothing's really changed in 75 years," Robertson said. "When a mom sends her daughter or a dad sends his son, they stay in the same cabins and do the same things. They have the same stories and sing the same songs. It's tradition and they love it."

Liz Jansing, who is now a 21-year-old college student, is returning to camp for her twelfth year as a second generation Camp Longhorn camper. Her mother attended the camp as a child and then worked as a counselor while attending college. Now, Jansing is following in her footsteps, working as a counselor herself.

"My mom said, there's so much we can talk about once you become a counselor," Jansing said. "That was really my biggest push. That and one of the girls' directors said, you really need to consider it."

The college student, who has a passion for horses, actually began training to be a counselor her last year as a camper.

"I started being a counselor the summer before my senior year of high school," she said. "A lot of camps won't hire you until you graduate high school. If you're hired then, you start as a JC—a junior counselor. You still kind of have guidance from the older counselors, but everybody shares the same responsibilities."

But it isn't just the counselors who have responsibilities. Campers are also expected to be a cog in the well-oiled Camp Longhorn machine.

"In the morning we make sure that the kids make their beds," Jansing said. "That's a big thing at camp. There's a specific way that we make our bed at camp. At first campers look at us like, I don't know what you're talking about. But then they feel a sense of accomplishment."

There's a certain code of conduct that is expected of campers. Nobody is allowed to eat until everyone is seated, and campers are encouraged to use their manners.

"We have a merit system. So, when a kid does something good, like saying please, thank you, yes ma'am or no ma'am, they can buy certain things at the merit store to reward themselves," she said.

While Camp Longhorn might sound more like an etiquette camp, Jansing said it's not all manners and making beds. There are dozens of activities and opportunities for campers to explore and learn new things.

"They have water sports, horseback riding, a giant ropes course, and a cool petting zoo," she said. "They usually get baby goats every year and they do a naming contest. All of the kids can write in a name and put in a box and the directors pick two of the best names."

One of the campers' favorite activities is being catapulted into the lake by The-Blob, which is a water toy invented by Tex Robertson himself. He originally used an inflated Army Surplus fuel bladder. One camper lies down on the inflated toy while another camper jumps down onto The-Blob, causing the first camper to fly into the air and land in the lake below.

While there are a plethora of entertaining and challenging activities at Camp Longhorn, there's none more challenging than the mile swim.

"We end up with 90 percent of our kids swimming a mile by the end of the term," Robertson said. "It's one of those things you work hard and you do it. A lot of kids don't think they can do it. And when they do, it's amazing. It's something that is unique [to Camp Longhorn] and a great tradition."

The camp director believes, as his father did, that going to camp is a learning experience.

"You get to see people do things they've never done before," Robertson said. "It's amazing to see the smiles on these kids' faces. The number one thing kids' gain when they come to camp is confidence."

For more information about Camp Longhorn, go to CampLonghorn.com or ask around. Maybe you know someone who has swam the mile or has been catapulted into the lake by The-Blob. 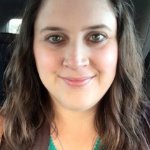 Jessa is the Editor-in-Chief of Hooray for Family and the mom of three energetic children. She has a BA in Mass Communication/Journalism from the University of Mary Hardin-Baylor, and is a long-time resident of Central Texas. When she isn't writing and editing, she enjoys playing board games with her kids, teaching Sunday school and channeling her creativity into craft projects.

Copyright © Berger Publishing, LLC. All rights reserved. Website and all content is the property of Hooray For Family and may not be copied or otherwise used without the express written consent of the Hooray For Family publisher. 2022