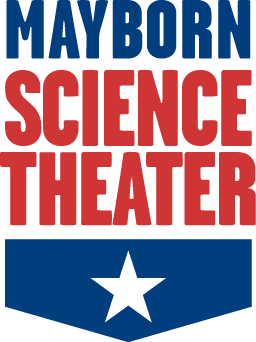 Embark on an imaginary journey through time and space. Our new million dollar, full-scale digital upgrade has created a full-dome display and allows for more entertainment opportunities. The upgrade, performed by Global Immersion of the United Kingdom, includes a five-channel Fidelity Bright full-dome solution employing a wide range of exciting technologies to allow the facility to support its extensive and diverse show programming in the 60-foot dome.

Experience a unique and artistic mix of light, color and sound. Laser light shows combine eye-popping 3D graphics, pure laser-generated colors and 15,000-watts of digitally reproduced sound to bring your favorite music to life. Treat yourself to the most impressive motion picture available presented on a dome-shaped screen, more than twice as large as traditional movie screens.

Copyright © Berger Publishing, LLC. All rights reserved. Website and all content is the property of Hooray For Family and may not be copied or otherwise used without the express written consent of the Hooray For Family publisher. 2020